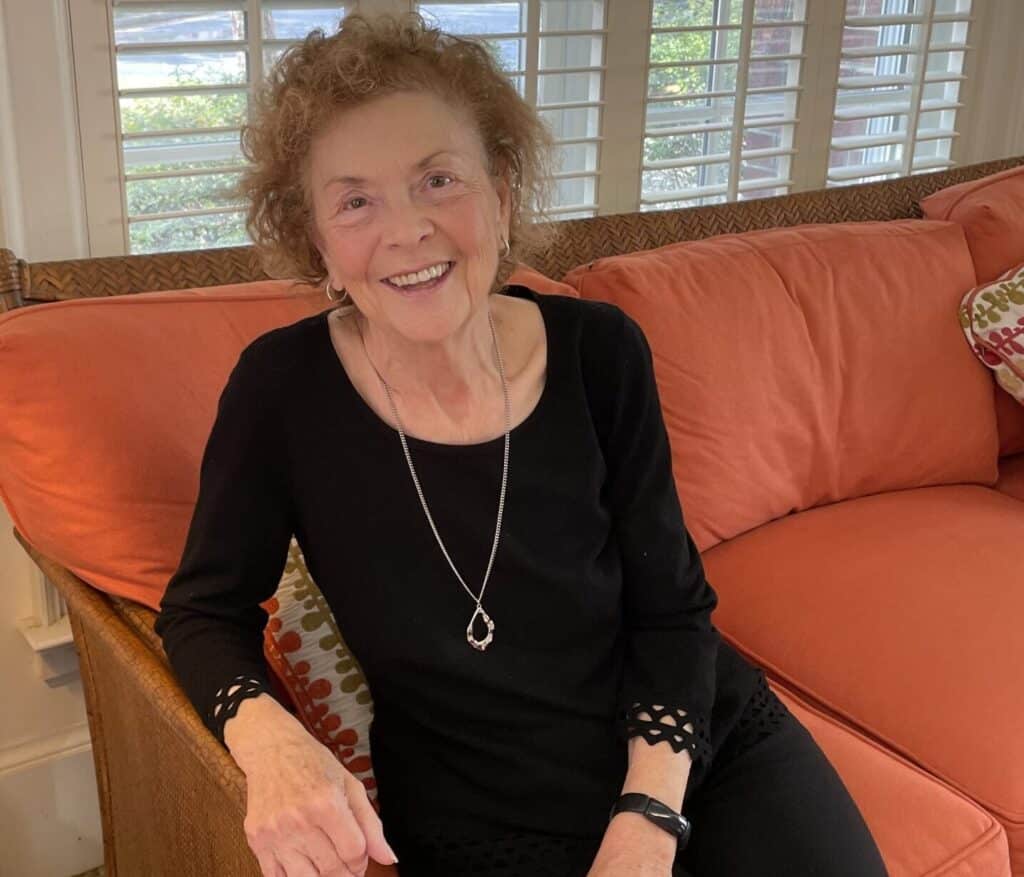 Faye Satterthwaite knows Port Warwick, maybe better than any Resident at The Arbors Independent Living. She and her husband were some of the first to own a home in the residential Newport News neighborhood when it broke ground in the early 2000s.

The Arbors was still under construction when the Satterthwaites moved into their home, which they designed to Faye’s specifications with a library, beautiful kitchen and large sunroom.

“We were able to design the house we wanted, within certain constraints,” she says.

It was going to be their home until they could no longer keep it up.

“We had always talked about The Arbors one day; we lived behind it,” she says.

She sold the Edith Wharton Square home after her husband passed away in February 2019. After living with a son and her family in northern Virginia during the pandemic, she moved back to where she considers home: The Peninsula. She has been at The Arbors for about a year.

“The house wasn’t the same after my husband died. It no longer felt like a home. It’s very appropriate I’m here now. I know he’d be happy I’m here,” she says.

She feels at home again living at The Arbors with her sister.

“I love it here. It’s a little different. I feel at home here. I know the neighborhood, I know it’s safe. I know the roads,” she says.

Some of her old friends are still in the area and her church is five minutes away from The Arbors. Her doctors are nearby.

“Kathy and I are very happy here,” she says. “My husband would be happy I am here.”

While not every social activity is her cup of tea, she enjoys the dining and events offered at The Arbors. The staff is very accommodating, she says.

Port Warwick itself is different from the neighborhood she and her husband called home 20 years ago.

They were tight-knit community in the early days of Port Warwick. Families would get together for dinner, take walks on the square and support the local businesses that were springing up. In those early days, there was a bookshop, pharmacy and wine shop. They picnicked on the square, bonded as a ladies’ group and enjoyed the pottery at Starving Artist.

Faye says she really enjoyed that European/English village vibe Port Warwick set out to achieve in developer Bobby Freeman’s vision. She and her husband moved into their townhome before construction of The Arbors was complete.

“We made friends with the people moving in,” she says. “It was a fun place to live. This was home to me.”

She has a daughter in Norge, but in moving back to the area chose to live again in Newport News.

Her sister was also living alone at the time, and Faye asked if she would like to share an apartment at The Arbors. The answer was yes. (They debated moving to Northern Virginia, but chose the Peninsula instead.)

“My sister called and said, ‘I found the perfect place. The Arbors.’ That was it for me,” she says. “My kids all said I should spend my money how I want to.”

Learn about our move-in special and schedule a tour of The Arbors Independent Living community today!

Faye has lived on the Peninsula (off and on) since she was 8 years old. She grew up in Hampton and attended Hampton High School.

She was divorced with two young sons in Hampton when she met who would eventually be her second husband.

“I wasn’t planning to marry again,” she says with a shrug and a smile.

Bob worked at NASA Langley in Hampton. They went to lunch on their first date at the end of July that year. They were engaged by November and married Feb. 4. He also had two children from a previous marriage, and they took in both full time after his former wife passed away.

Faye and Bob also had a son together. They were living in a two-bedroom townhome when their family suddenly went from four to six, with another on the way. They scrambled to find a larger home.

“He took care of me and my boys,” she says. “He raised them just as they were his.”

Bob was an aeronautical engineer for 40-plus years with various divisions of NASA. He worked with wind tunnels and aviation work, and supported the space program. He was at Langley as they were building out the space program with the Mercury 7 astronauts. He also worked at NASA headquarters in DC for a time, and worked on the initial plans in Houston for the International Space Station.

They eventually lived in Williamsburg for many years before moving to the Kiln Creek neighborhood when they were empty nesters. They were there briefly before putting down a deposit to build their Port Warwick home.

Their career paths brought them both to work at NASA Langley before retiring. They were able to retire around the same time and travel.

He passed away near their 47th wedding anniversary.

“We had a wonderful life here; it’s appropriate I’m at The Arbors,” she says.

After Bob passed away, Faye moved into her youngest’s son’s home with his family in northern Virginia. It was right before the pandemic – she sold her home in Port Warwick in 2 weeks. Her son had a 5-year-old and a newborn when she moved in.

“It was a wonderful experience to have my 5-year-old grandson want to spend every day with me,” she says.

Faye moved with her son’s family to another area of northern Virginia during the pandemic and found it difficult to make friends.

As pandemic-related restrictions loosened, her grandson was back in school and the baby was in daycare.

“I was home by myself all day, and it got lonely,” she says. “I need friendship; I need to see people.”

It was then she called her sister about changing her living situation – and what brought her home to The Arbors.

She has had career stints (as a civilian) with nearly every branch of the military.

Faye was in the Army recruiting command when she met her husband. She also spent 10 years at the Newport News shipyard with the Navy in administrative roles, TRADOC at Fort Monroe and the Army civilian personnel office in northern Virginia.

She also was working for Eagle Engineering, which supported NASA’s work in Houston, during one of the most tragic moments in NASA’s history.

“I had to tell my coworkers the Challenger exploded,” she says. “Seeing those guys, the tears in their eyes … They worked on that shuttle.”

In 1989, Faye joined NASA Langley as a temporary secretary of a branch head, then was made permanent.

“My boss there was really good and he really helped me get ahead,” she says. “I had a great career and even though I’ve been all around, I’ve worked at all of these neat places.”

She was a secretary of the office of the director at NASA Langley and an administrative officer for personnel. She then handled the training branch budgets and was program analyst. She took a buyout at NASA before turning 60.

“I never regretted any of it – the job at NASA was the best,” she says.

She’s 78 now. In retirement she also opened a photography studio, served on the Board of Directors for the Yorktown Arts Festival and the Newport News Friends of the Library and managed a gallery.

The Arbors has a move-in special running through the holiday season. Join us for a tour and experience our community! Visit vahs.com/thearbors for details and to schedule a tour. 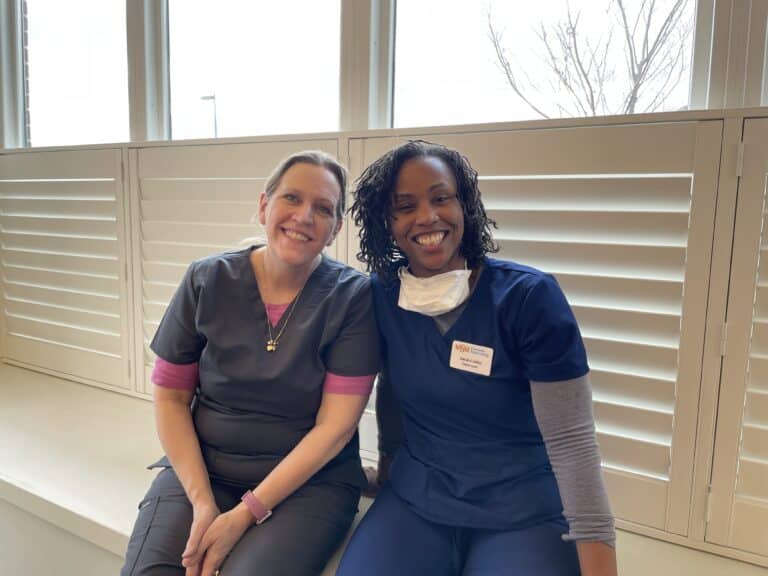